Will you take the vaccine

Scheduled for Monday also; vaccine & flu. Pharmacist said both at the same time is OK. I thought I had heard somewhere, , that there should be a two week gap between the two. What have y'all heard?
M

Getting carried away with vaccines now.
Just had booster covid, flu, meningococcal and pneumococcal. Trying to find out what other vaccines there are so I can have them too. I hope to end up invincible….


Sent from my iPhone using Tapatalk

I remember going through boot camp, and they lined us up and started dosing. No telling what we were receiving. And, at no time did any one of us think to refuse shot(s), or even ask what in them. Times have changed.

MattR said:
Getting carried away with vaccines now.
Just had booster covid, flu, meningococcal and pneumococcal. Trying to find out what other vaccines there are so I can have them too. I hope to end up invincible….


Sent from my iPhone using Tapatalk
Click to expand...

Sierra1 said:
Scheduled for Monday also; vaccine & flu. Pharmacist said both at the same time is OK. I thought I had heard somewhere, , that there should be a two week gap between the two. What have y'all heard?
Click to expand...

My wife got the Pfizer booster and her flu shot on Tuesday at a doctor appointment. One in each arm, no side affects at all. She had 2 doses of Pfizer so she stayed with the same booster. I had 2 Moderna shots, so I will stay with that for my booster.

I'm staying with Moderna. Even the booster being at half strength, is almost twice the Pfizer's. It makes sense to mix up the booster(s) if you had anything but Moderna. Why would you mix down in strength.

A growing body of research suggests infection plus vaccination provides the strongest protection against a wide range of variants, possibly for a long time.

People who were infected and then vaccinated some months later have "what's called 'hybrid immunity,' which is like super-immunity," said Warner Greene, a virologist at the Gladstone Institutes in San Francisco.

This combined protection seems to last a long time, according to a new study in the journal Science. It may last far longer than vaccination alone, he said, though that hasn't been proven yet.


Greene warns against seeking out infection to get such good protection, though. Severe disease is no fun and can strike anyone.

"To deny natural immunity does not generate trust," said Gandhi, an infectious disease expert at the University of California, San Francisco and San Francisco General Hospital.

Getting vaccinated three months – or even better, six months – after infection provides the best possible protection, she said. But adding a second shot offers almost no additional benefit over the first, nor do people who have been fully vaccinated and infected need a booster at this point.

"If you're naturally immune, get one dose," Gandhi said.

Still, said Theodora Hatziioannou, an author on the study, if you have to pick one, go with vaccination.

"At five-six months post-vaccination or infection," she said, "the vaccinated participants had overall higher levels of neutralizing antibodies than the infected, including against variants."

Unanswered questions
There are still open questions when it comes to natural immunity and the protection it affords.

It's not clear, for instance, how soon someone can get infected with COVID-19 a second time.

The CDC "is actively working to learn more about reinfection to inform public health action," according to spokesperson Kristen Nordlund. "This is a priority area of research for CDC."

In Denmark, for instance, of nearly 12,000 people who tested positive during the first wave of coronavirus infections last year, more than 80% were protected in the second surge. But among those 65 and older, protection against repeat infection was only 47%. Protection didn't seem to fade over time.

Milder or asymptomatic infections may provide less protection than severe ones.

Studies are still being done, she said, to better understand whether repeat infections are milder than initial ones.

"One would expect so," Hatziioannou said. "The immune responses developed during the first infection should offer some protection against severe symptoms the second time around."

But variants might make a difference. For example, she said, blood from people previously infected with the so-called beta coronavirus variant might not be able to fight the delta variant as well as people infected with the virus in its original form.

Jeffrey Shaman, an infectious disease epidemiologist at Columbia University's Mailman School of Public Health, said it's frustrating to be this far into the pandemic and still have so little understanding of repeat infections.

Though it should be relatively easy to count how many people get infected after vaccination – data the CDC stopped collecting this spring – it's much more challenging to learn how many people are getting repeat COVID-19 infections.

If they're not very sick, he said, they are unlikely to report those infections.

Early studies suggested some people were developing different types of immune responses to infection, he said. Some developed protection against the virus' spike protein, the same target of vaccines. They seemed less likely to develop a repeat infection.

But it's possible that as the virus that causes COVID-19 continues to evolve, another variant will come along and people whose immune systems responded to a different part of the virus will be better protected, he said.

Dr. Robert Glatter, an emergency physician at Lenox Hill Hospital in New York City, said he worries about patients who had a severe reaction to COVID-19 the first time.

He has seen a number of patients whose symptoms are worse with a second infection, perhaps because they have immune cells that are "primed to respond in an exaggerated or more aggressive fashion during a reinfection."

Countries that have tried to rely on natural infections to slow the spread of the virus, such as Brazil and Iran, "have not prevented recurrent waves of infection," Glatter said.

"There is no country in the world where natural infection and natural immunity has slowed the pace of the pandemic or helped to bring it under control."
Click to expand...

I've seen data like this before as well, and one thing that has yet to be studied (or information released) is about those that were vaccinated and had a break through infection, as I believe I did. Most likely I will wind up with a booster, since many of my clients, or their clients are requiring proof of vaccination or negative tests within so many hours of arriving onsite. It's hard to prove if I have greater immunity from recovery than simply getting another jab...

I’ve run across several anti vaxers that CLAIM they’ve had c19 numerous times and of course it wasn’t bad. I also know some that CLAIM they have or haven’t been vaxed depending on who they’re talking to.

AVGeek said:
. . . . It's hard to prove if I have greater immunity from recovery than simply getting another jab...
Click to expand...

I know a guy that caught the virus, recovered (barely), and then got vaccinated. Having the virus as bad as he did, scared the crap out of him; no surprise. But, the interesting part of the story was that both of the vax doses hit him pretty hard as far as aches/pains. That matches with the large amount of folks that reported nothing with dose #1, but moderate to severe reactions to #2. His having the virus equated to shot #1 making the antibodies. So when he received the two vax doses, his antibodies reacted just like the ones in the people that were getting their second shot. That being said, my youngest, and his wife had the virus back in June. D.I.L. had minor symptoms, and son had zero. They just got vaccinated; first does. She had no reaction, and his injection site arm was sore. So . . . . who knows how a person's going to react.

I had a flu shot, my shingles vaccine 2'nd shot, and the Tdap (tetanus, diphtheria, and pertussis) in one arm at the same time. (3 different shots.)

I usually ride my bicycle about 28 miles on my way to work (i do extra 22 for exercise), but for two days, i just rode 6 'cause i didn't feel that great. That's the only time i've had any ill-effect from an injection (pfizer 2 shots + booster - felt nothing).

Got my Moderna booster yesterday morning, as of today only a slightly sore arm if I push on it at the injections site. Wife is having a headache and some joint pains that started about 3;00am this morning but that is starting to fade now already.

Keep seeing various articles about the 20X risk that the unvaccinated pose to the vaccinated for a break through:

Sierra1 also had what is probably a valid comment that if somebody vaccinated does get a break-through infection, their immune system may also be weak enough that they would become a fatality statistic if unvaccinated.

Around this time last year an 18 year old relative of ours contacted the virus. Even though very active in sport, it was a good three or four months before he could resume light training. Fast forward to 25th August 2021. He received his second Pfizer shot. He tested positive for Covid on 14th of this month and he is as ill now as he was last year. Incidences of the virus in Éire has risen over the last month or six weeks to roughly a positive rate of 1700 per day from a low of <100. This may seem low from a U. S. point of view but we have a population of 5 Million and an overall vaccination rate of >75%.

A couple nights ago I got that scratchy feeling in my sinus. Had a headache all night that night as well. Next day full blown sinus infection and slight headache so I went in for a covid test to be sure it's just a cold and not the "Rona". I have had three Phizer shots but you never know. About 27 hours later my test result came in. Negative. I am thankful it's just a cold. I haven't had one of these in years and feel crappy but it could have been worse.
Never thought I would be happy to have a common cold

What do you all think of this gene therapy now? It certainly is not a vaccine. Read the book Code Breakers, this is about money and control not public health. Code breakers is a book that was meant to show you how wonderful this all is. Money is all this is about.

No surprise there. But it's not coming out of my wallet . . . . directly. I haven't read about the therapy, but Merck, and Pfizer have a pill that is getting positive reviews.

AZMike said:
What do you all think of this gene therapy now? It certainly is not a vaccine. Read the book Code Breakers, this is about money and control not public health. Code breakers is a book that was meant to show you how wonderful this all is. Money is all this is about.
Click to expand... 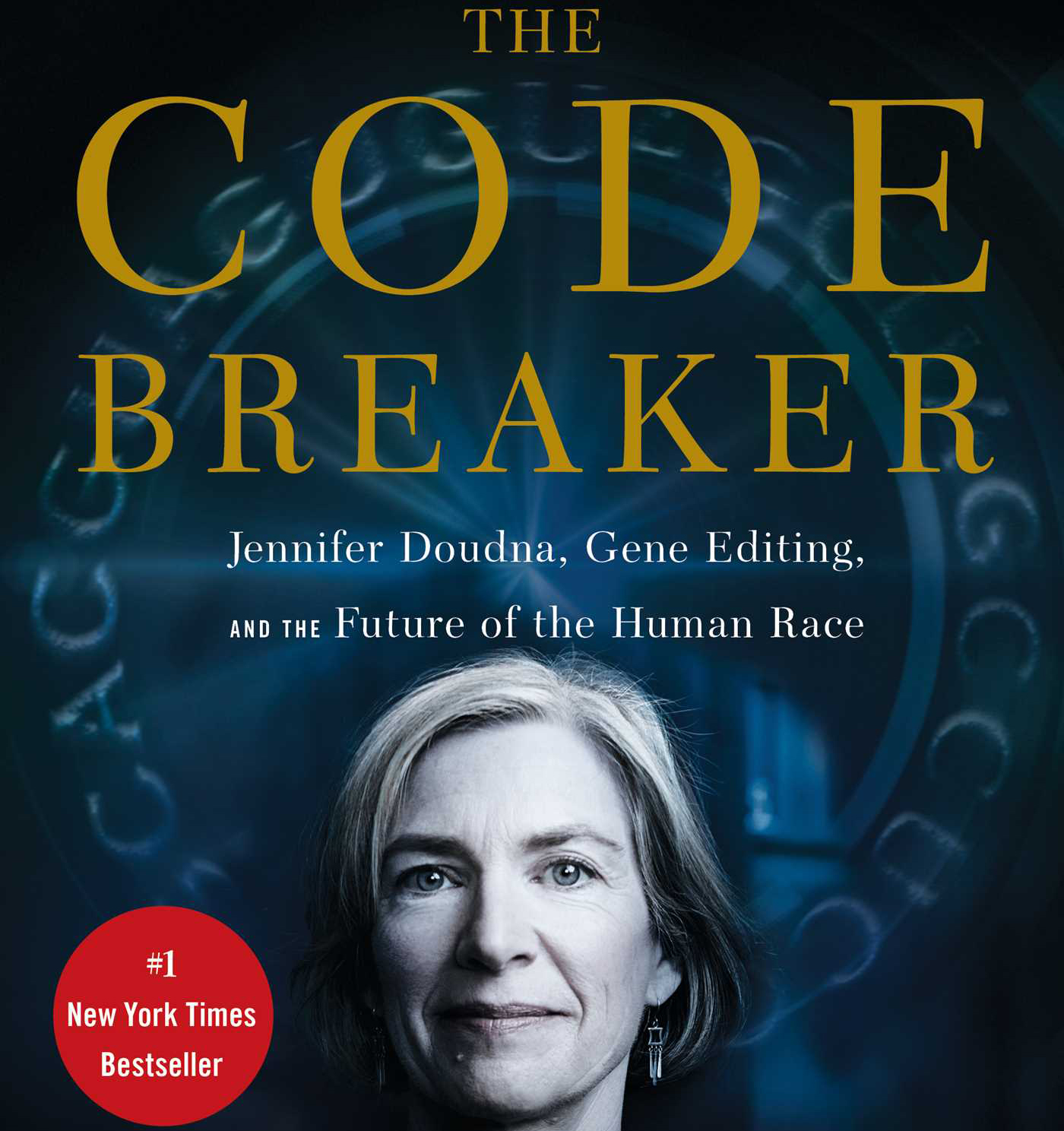 We Haven’t Really Cracked the Code of Life