Any train, plane or nuke buffs around? Went to EBR 1 today.

EBR 1 ("first" nuke power plant to generate electricity) in the Idaho National Laboratories has an interesting museum. These are the outdoor exhibits.

Nuclear powered jet planes. The first image is the two rigs they built to test the engine prototypes. They never built the plane, but they made the engines work. Along with building out all the support apparatus they would need to go along with it. Spent the hour ride back lost in though about how different the world would be today.... 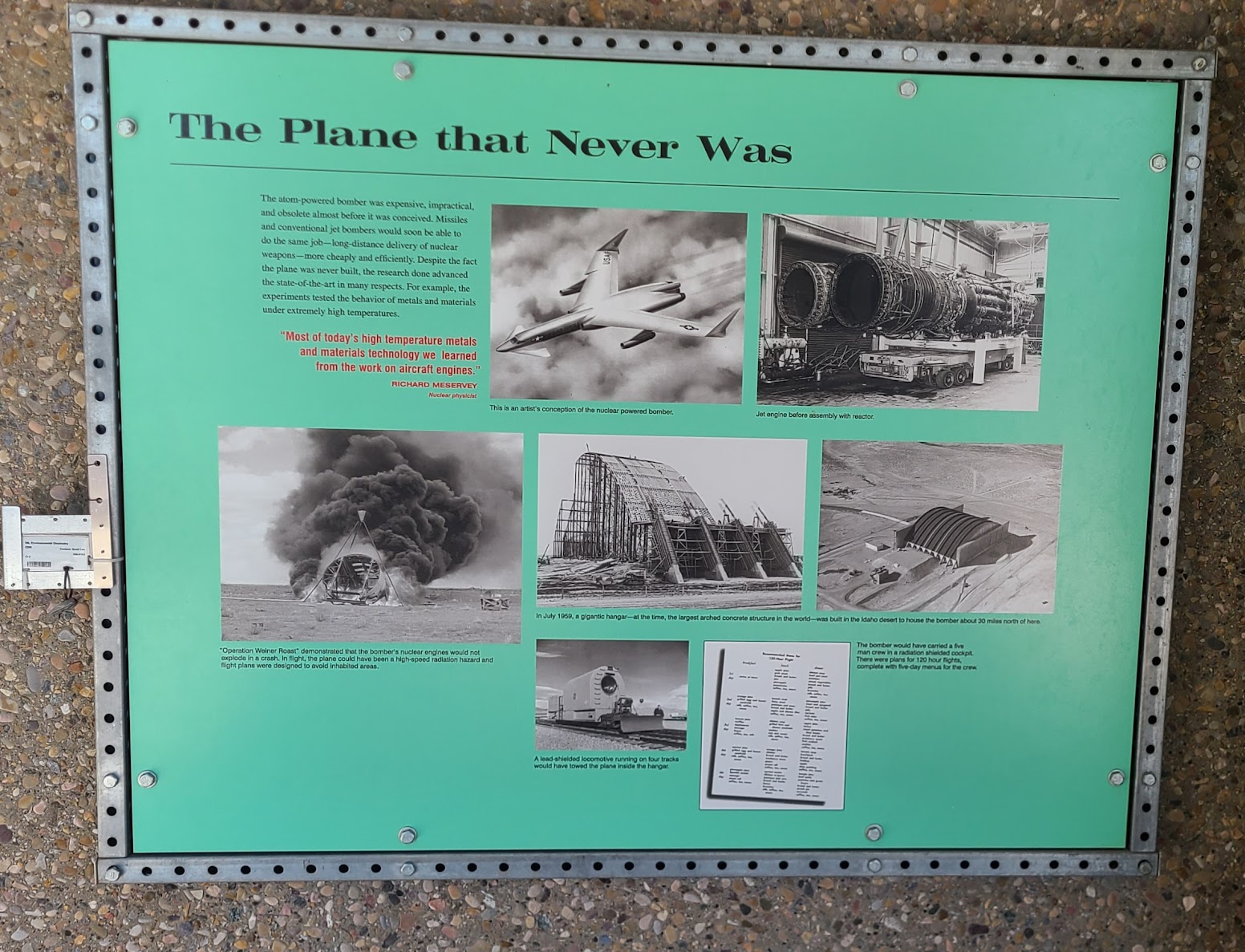 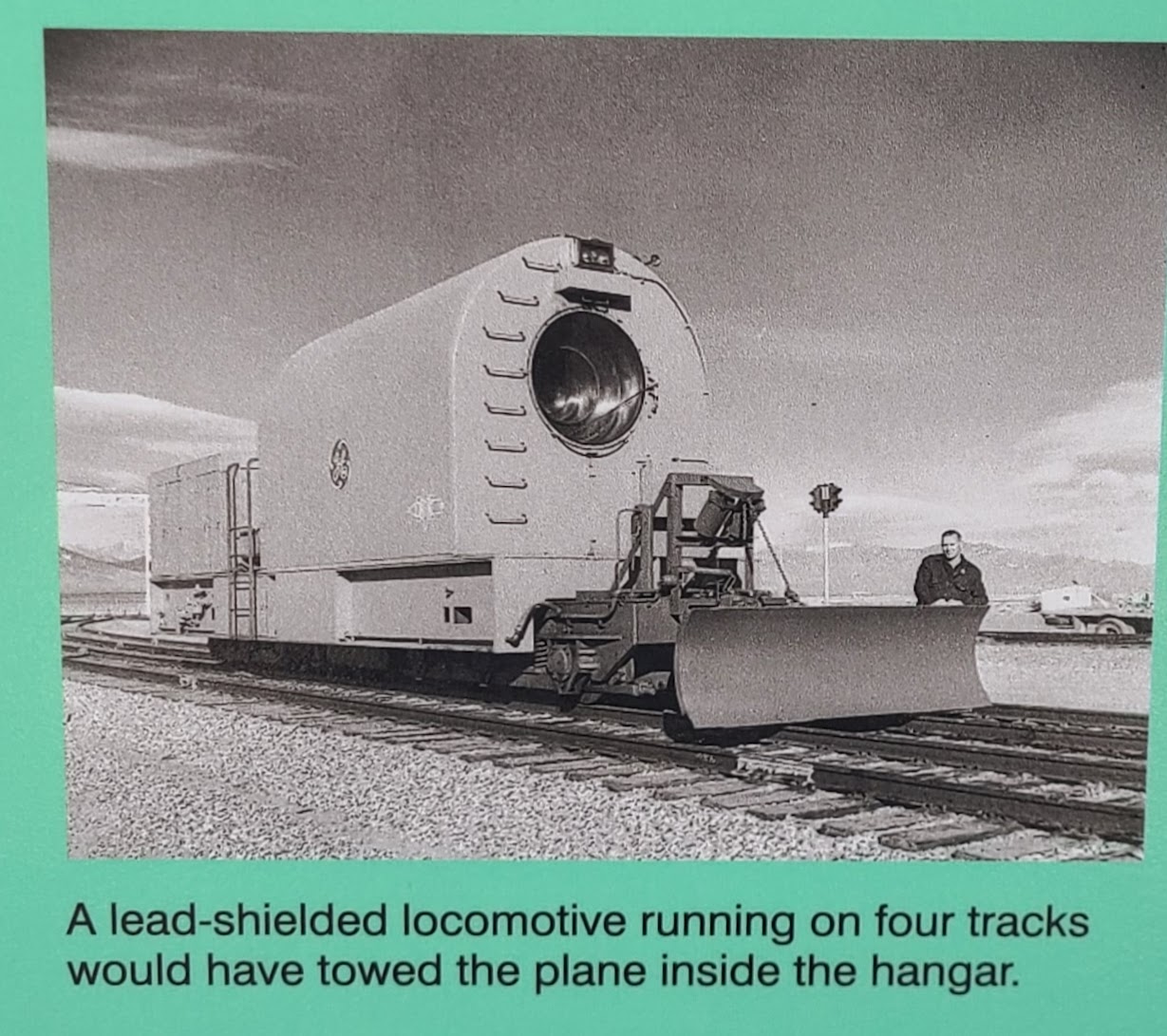 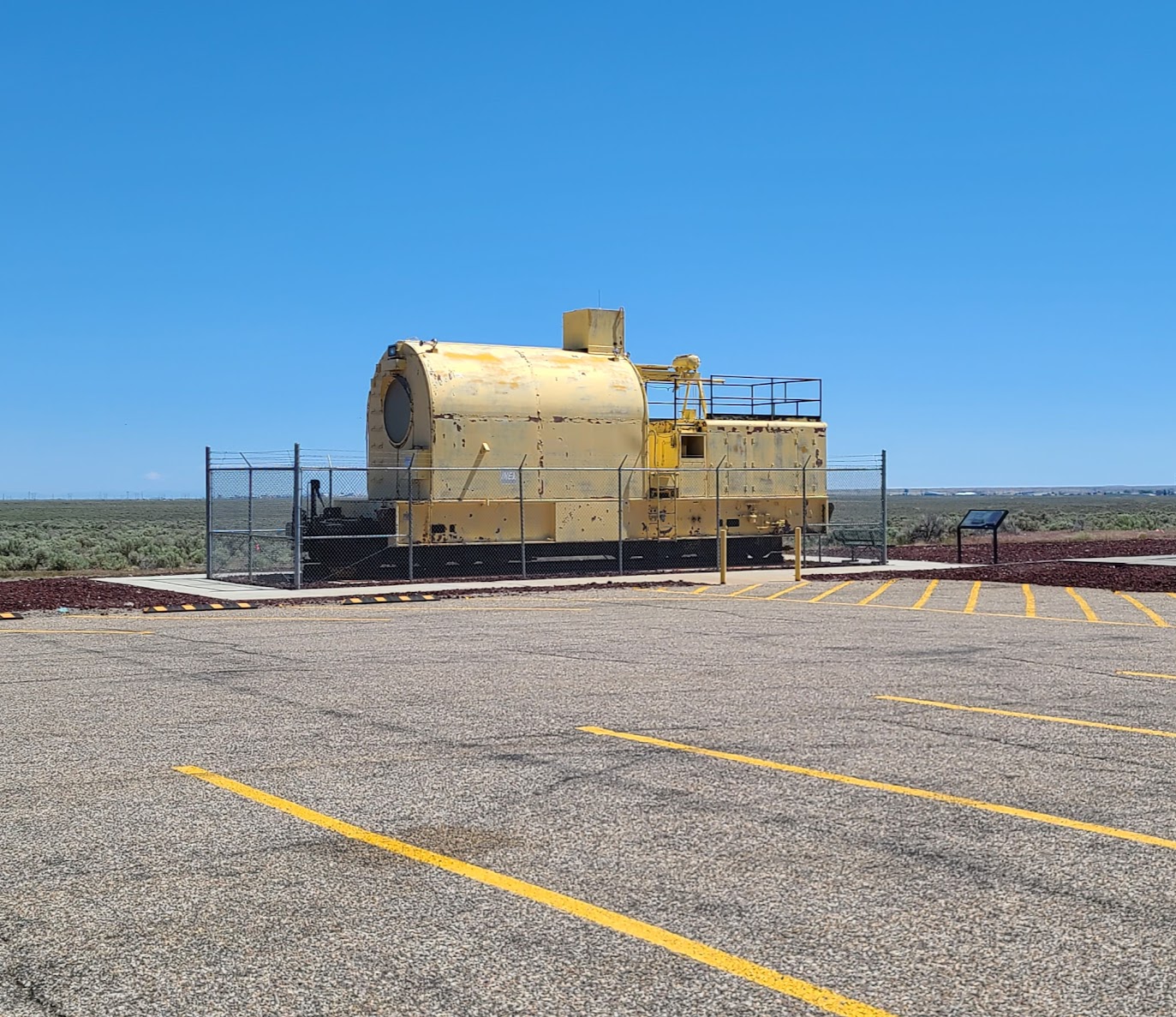 Cool stuff! Back in 1994 I was in Russia as part of a science exchange with the Russian National Academy of Sciences. We were in Kursk, about 500 miles south of Moscow and site of the largest tank battle in WWII (there were still old tank parts lying around the converted army base).

Anyway, we got a tip to tail tour of the local nuke plant. Same basic design as Chernobyl. Got into the control room and saw the 1960s era controls - analog phone dials to call up control points and data readouts that were like the old ock radios with number panels that flipped over. Pretty cool. Stood on top of the reactor vessel and looked into the cooling water pool where the spent fuel rods sit after use. I even got to flick my finger on a control rod that was on-line for whenever they changed over.

I couldn't believe they let us go into the plant the way they did. Wouldn't have been allowed to happen int the U.S. and not too likely in today's Russia. We did have a rather large guy who followed behind our group and never spoke. We stayed in good behavior. Pictures weren't allowed, as you might imagine.

It's really amazing what happened I the 20th century around nuclear technology. Harnessing fission with some pretty basic tools.

I stopped at EBR-1 last summer on my Idaho trip.
The museum was closed, so I didn't get to go in but saw all the interesting displays outside.

I worked on unit 1 South Texas Project nuclear plant in the mid 80's before fuel came on site.

In days of yore I hunted sage grouse near there and Atomic City, ID.
J

We were just there last week. What an interesting place!

That's cool, thanks for sharing.

Converting fuel into heat, noise and a bit motion

Jazzer said:
We were just there last week. What an interesting place!
Click to expand...

You glowing in the dark now?

StefanOnHisS10 said:
You glowing in the dark now?
Click to expand...

No, but he can't walk down the popcorn aisle at the grocery store.

That’s really cool. One of the construction superintendents in my team was involved in the deconstruction and demolition of some of the old nuke testing stations just off the northern coasts of Australia. I really enjoy listening to the stories he tells about what he saw and experienced. Similar to what others have said, it’s amazing what they got away with in those days.

I am currently working at a nuclear plant in Northern Illinois. Hired on in 1988 after 6 yrs in the USN. I have been in the control room since 2003. Ridden through Atomic City too. Didn't know of the museum. Have to check it out next time I am going through there.

Sent from my SM-N960U using Tapatalk

Surface... I was a target... as any submariner would say.